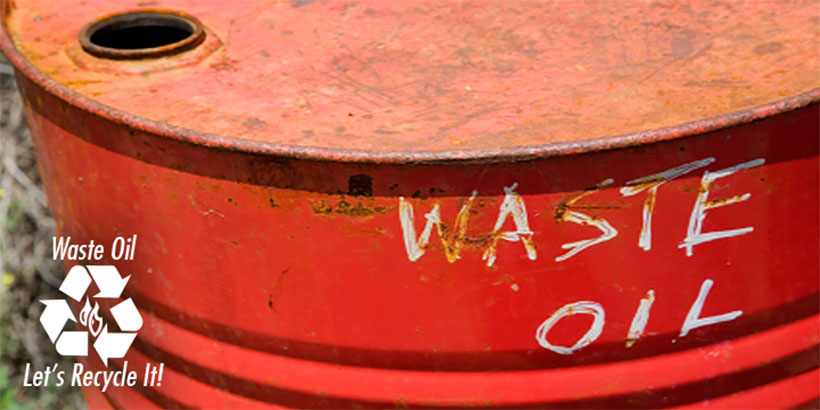 Some people remember when waste oil was much more of an environmental problem. From the earliest days of the automotive industry, when people thought nothing of pouring waste motor oil into nearby streams and waterways, things have changed dramatically.

It is true that oil is a natural product and will eventually break down in the environment. Certain microbes have been found that attack petroleum and help convert it over time into carbon dioxide, water and other basic elements as found in nature. However, with the volume of waste oil products generated in industrialized societies, and its proximity to fresh water sources and water supplies, for example, waste oil represents a potentially serious environmental problem.

In the 1970s there was a petroleum crisis of another sort. Gasoline and fuel oil supplies were threatened by lack of control over imports as well as by rising demand and fluctuations in oil refinery capacity. People waited in line for $2 worth of gasoline or less. Prices soared. Tempers flared.

At about that time, Ben Smoker, a resourceful businessman and inventor in Lancaster County, PA, came up with a simple and creative idea that would revolutionize the handling and economics of waste oil disposal, and give birth to a new industry. Having already patented several energy related products, Smoker’s approach was pure common sense for auto repair shops and other facilities where waste oil is plentiful.

The Creative Idea Behind Clean Burn

Why not burn the dirty motor oil you already have instead of paying a lot of money for scarce and expensive fuel oil?

The first prototypes involved steel drums and old fuel oil burners. But it was soon discovered that burning waste oils for heat recovery would require more advanced technology than existed at the time.

An Industry Is Born

The development of the first Clean Burn waste oil furnaces in 1979 marked the creation and refinement of a new technology: waste oil combustion for heat recovery in a self contained, efficient and affordable system.

Today Clean Burn continues to lead the world in waste oil combustion equipment and technological expertise. Which is why when the story of waste oil furnaces is told, the story begins and ends with Clean Burn.

Person or business certified and trained to sell and service specific products.

Flue from the furnace or boiler which creates draft and allows gases to escape.

The legal liability of a material from its generation to disposal regardless of third party involvement.

A composite material formed in the shape of a disc which is placed at the back of the combustion chamber for the purpose of capturing heat and to aid in heat dispersion.

Accepted and endorsed by the Environmental Protection Agency.

Any liquid petroleum product that is burned in a furnace or boiler for the purpose of generating heat.

A device which transforms cold, ambient air through the furnace into hot air, transferring it back into the room as hot air.

Any regulated pump which transfers oil from a storage tank to the burner.

Is a forging process in which the dimensions of an item are altered using a die or dies, into which the item is forced. May also be referred to as Swedging.

Underwriters Laboratories; the trusted resource across the globe for product safety certification and compliance solutions.

Any petroleum based or synthetic oil that has been used and is no longer suited to its original use. Often used interchangeably with “waste oil.”

Any petroleum based fluid or synthetic oil that has become unsuited or unwanted for its original purpose through use or handling.

Any piece of equipment that heats, ignites, and combusts waste oil and is attached to a waste oil furnace or waste oil boiler.

Any piece of equipment that utilizes waste oil as a fuel source to warm the contents of a forced-air heating system.

Any piece of equipment that utilizes waste oil as a fuel source to warm the contents of a forced-air heating system.

As the leader in waste oil furnaces and boilers Clean Burn also offers the best warranty in the industry.

Learn more about our line of products and discover the advantage of owning a Clean Burn.

For general questions, comments, or requests, please fill out the form. For parts/service, please call 508.697.5181